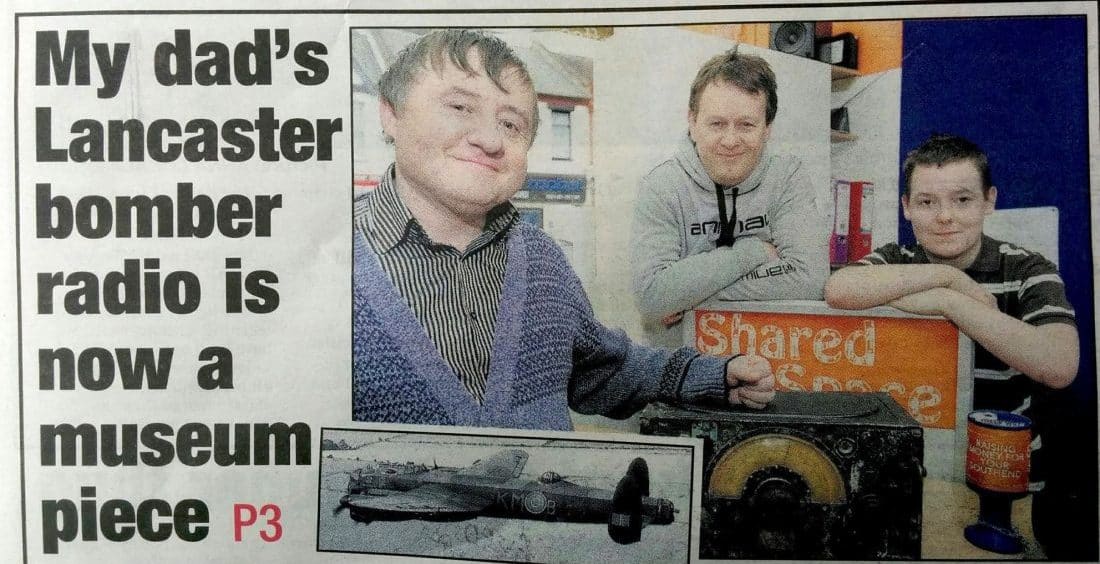 It was the radio that helped win the Second World War – but it was discovered in a Westcliff charity shop. 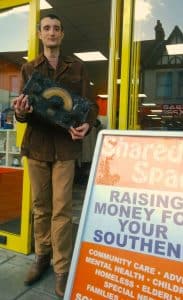 The radio from a Lancaster bomber was brought into the Shared Space charity shop in London Road, Westcliff and spotted by one of the volunteers. A search on the internet indiated it could be a World War 2 radio from a Lancaster bomber. The shop phoned Southend Museum who visited the next day to confirm the find – a genuine piece of aviaton history. The shop has decided that rather than selling the £250 radio it will be given to Southend Museum to put on display for the benefit of people in Southend.

Peter Dominey, a trustee of Shared Space, said: “We are passionate about making a difference in Southend and this is of enormous local interest. Ecko used to make these radios for the Lancaster Bomber and there was an Echo factory by Priory Park, Southend during the war. We have received an amazing range of quirky, intriguing and valuable donations over the years and this is one of the best – a piece of living history.”

Today there are only 17 surviving Lancaster bombers including the plane which flies as part of the Battle of Britain Memorial Flight.

Southend Museum said, “The radio is quite a find and we are very grateful to Shared Space for their generosity.” 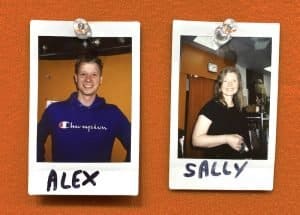 Welcome to Alex and Sally 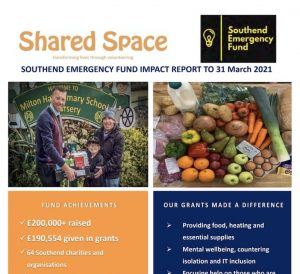 A year when Southend was super generous! 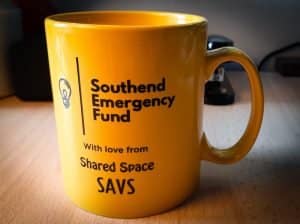 Let us know you agree to us using cookies to give you the best experience or visit cookie settings to provide a controlled consent.
Cookie SettingsYes, I agree
Manage consent

This website uses cookies to improve your experience while you navigate through the website. Out of these, the cookies that are categorized as necessary are stored on your browser as they are essential for the working of basic functionalities of the website. We also use third-party cookies that help us analyze and understand how you use this website. These cookies will be stored in your browser only with your consent. You also have the option to opt-out of these cookies. But opting out of some of these cookies may affect your browsing experience.
Necessary Always Enabled
Necessary cookies are absolutely essential for the website to function properly. These cookies ensure basic functionalities and security features of the website, anonymously.
Functional
Functional cookies help to perform certain functionalities like sharing the content of the website on social media platforms, collect feedbacks, and other third-party features.
Performance
Performance cookies are used to understand and analyze the key performance indexes of the website which helps in delivering a better user experience for the visitors.
Analytics
Analytical cookies are used to understand how visitors interact with the website. These cookies help provide information on metrics the number of visitors, bounce rate, traffic source, etc.
Advertisement
Advertisement cookies are used to provide visitors with relevant ads and marketing campaigns. These cookies track visitors across websites and collect information to provide customized ads.
Others
Other uncategorized cookies are those that are being analyzed and have not been classified into a category as yet.
SAVE & ACCEPT